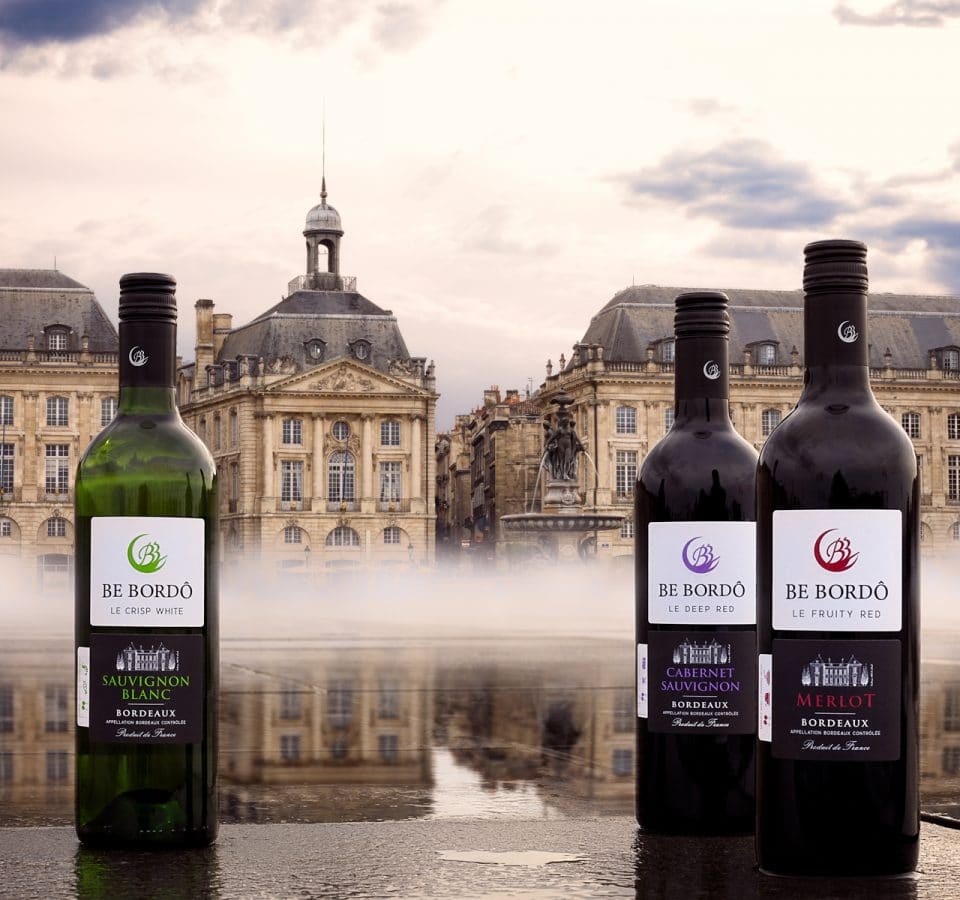 WHEN THE OLD WORLD
MEETS THE NEW WORLD

Be Bordô brings a new vision of winemaking tradition.
Our wines offer a fresh take on the historic elegance of Bordeaux
in a resolutely modern, direct, easy-drinking interpretation.

Be Bordô and its icons

Which bottle should I open for the aperitif, to go with my barbecue,
or with that plate of sushi? The Be Bordô icons featured
on each label guide you in your choice. 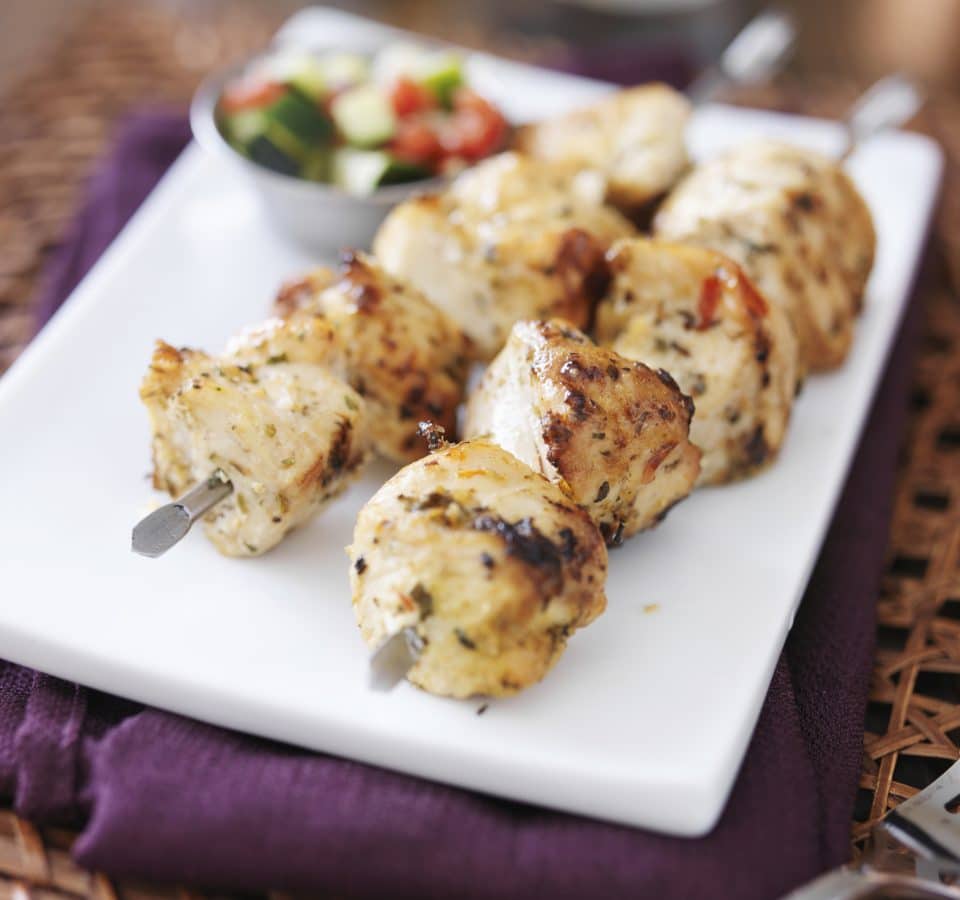 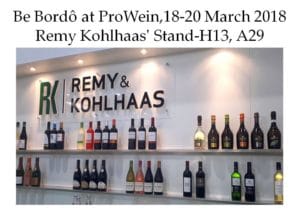 Be Bordô range at all REAL hyper & supermarkets in Germany 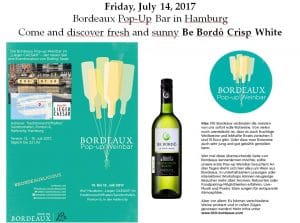 This week’s newsletter of The Drinks Business 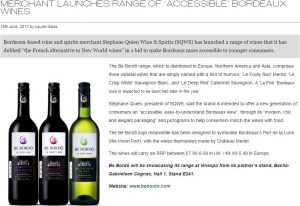 The Drinks Business – Not Cool but Hot 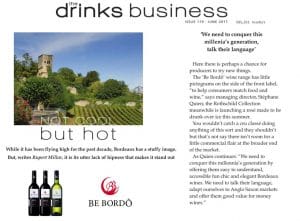 Voyeur-Virgin Airlines Australia – BEYOND THE CHATEAUX 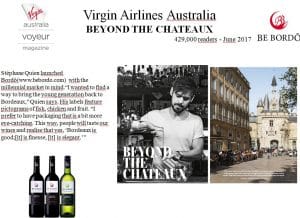 Stéphane Quien launched Bordô(www.bebordo.com) with the millennial market in mind.“I wanted to find a way to bring the young generation back to Bordeaux,”
Read complete post (pdf)

Berliner Wein Trophy 2017 for Be Bordô 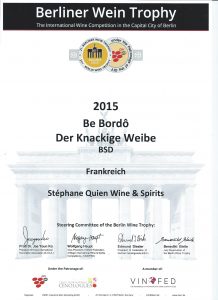 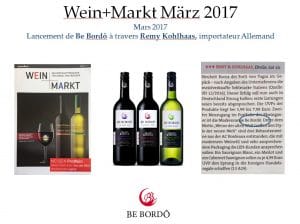 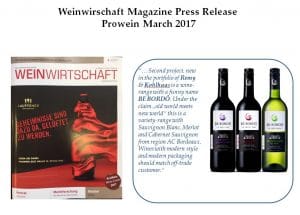 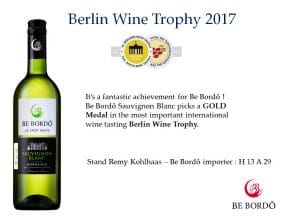 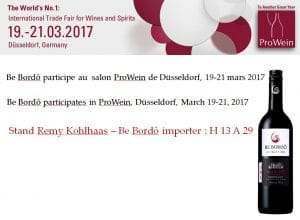 The Daily Meal : Be Bordô Offers a Fresh and Modern Expression of Bordeaux Wines 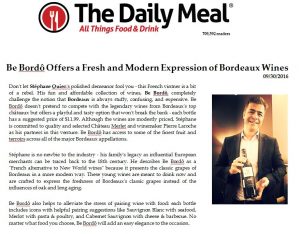 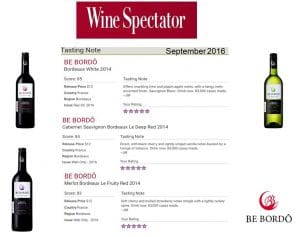 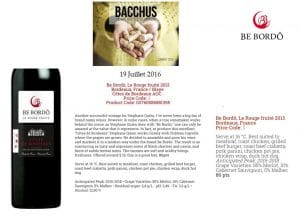 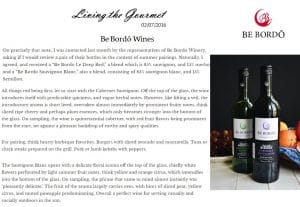 Set the summer scene in your mind. The burgers, steaks, or kebabs are roasting on the grill. The sun is beating over your summer party, with pleasant talk and laughter drifting like a crowd over the gathered faces. Everything is positively perfect, except for one minor detail.
Read complete post
Read complete post (pdf) 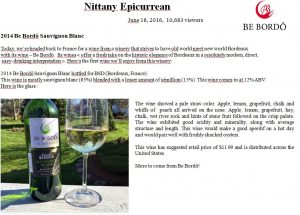 Beverage Industry: Be Bordô voted a top 5 beverages of April 2016 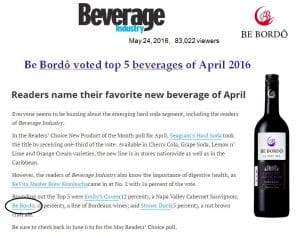 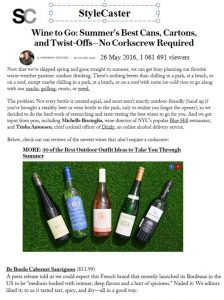 "Be Bordo Cabernet Sauvignon ($11.99)
A press release told us we could expect this French brand that recently launched its Bordeaux in the US to be “medium-bodied with intense, deep flavors and a hint of spiciness.” Nailed it: We editors liked it; to us it tasted tart, spicy, and dry - all in a good way." 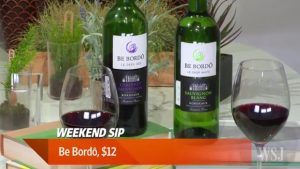 MarketWatch: This $12 Bordeaux is the perfect bottle for wine-loving cheapskates 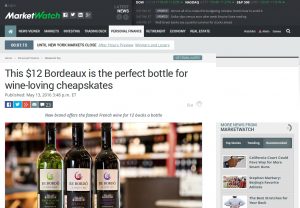 13-May-2016. "The back story: A budget Bordeaux? Normally, we don’t think of the famed French wine, which is indeed sourced form the country’s Bordeaux region, as something cheap. But Be Bordô is aiming to change that. The new label is the brainchild of Stephane Quien, who comes from a long line of wine merchants..."
Read complete post 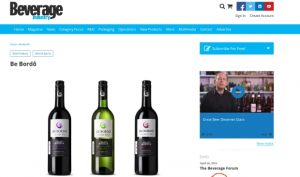 April 2016. Great article on Be Bordô launch in USA on 6th of April 2016
Read complete post 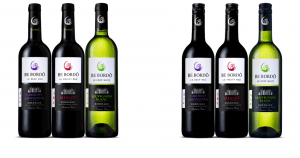 Be Bordô Wants to Be Le Answer 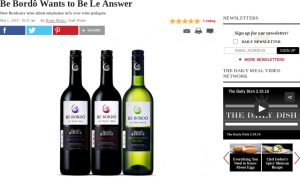 "Bordeaux is undoubtedly one of the world’s best regions for producing great red, white, and dessert wines. But it has long struggled with an elitist image — expensive to buy, difficult to understand, and snobby to become familiar — which has often kept new drinkers from discovering them until they are well into their thirties."
Read complete post
Read complete post (pdf) 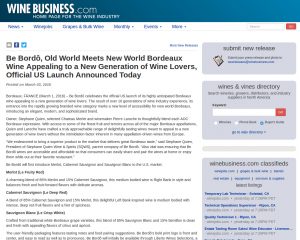 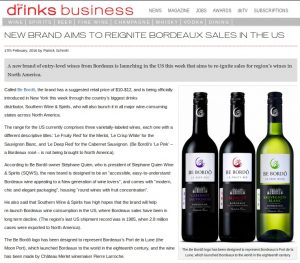 "A new brand of entry-level wines from Bordeaux is launching in the US this week that aims to re-ignite sales for region’s wines in North America.The Be Bordô logo has been designed to represent Bordeaux’s Port de la Lune, which launched Bordeaux to the world in the eighteenth century Called Be Bordô..."
Read complete post
Read complete post (pdf)

Be Bordô in New York 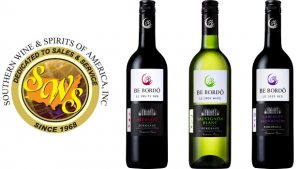 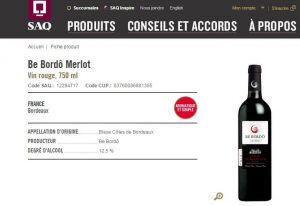 Be Bordô Merlot is listed as a regular wine at SAQ Canada Québec and is now one of the most dynamic brand. 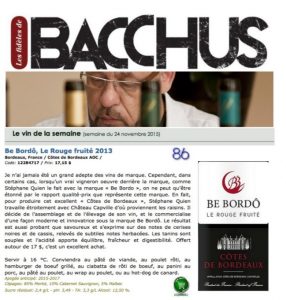 December 2015. Be Bordô as "Wine of the week" in Montreal "Les Fidèles de Bacchus" wine blog and in Montreal Metro / Tube 3 to 4 Million passager. 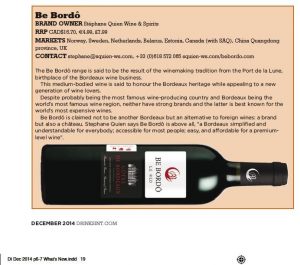 65 countries in the world, Be Bordô is said to honour the Bordeaux heritage while appealing to a new generation of wine lovers...
Alcohol abuse is dangerous for your health
Credits / Legal notices
Yes. I hereby declare that I am of the legal age in force
in my country to visit this website.ENTERBy entering this site, you accept our cookies policy.